Between the 11th and 13th century over 10,000 Buddhist temples, pagodas and monistaries were built on the plains of Bagan. After many years over 2,000 still stand, the rest reduced to rubble by earthquakes or destroyed to build new palaces.
Balloons float over the plains at sunset. 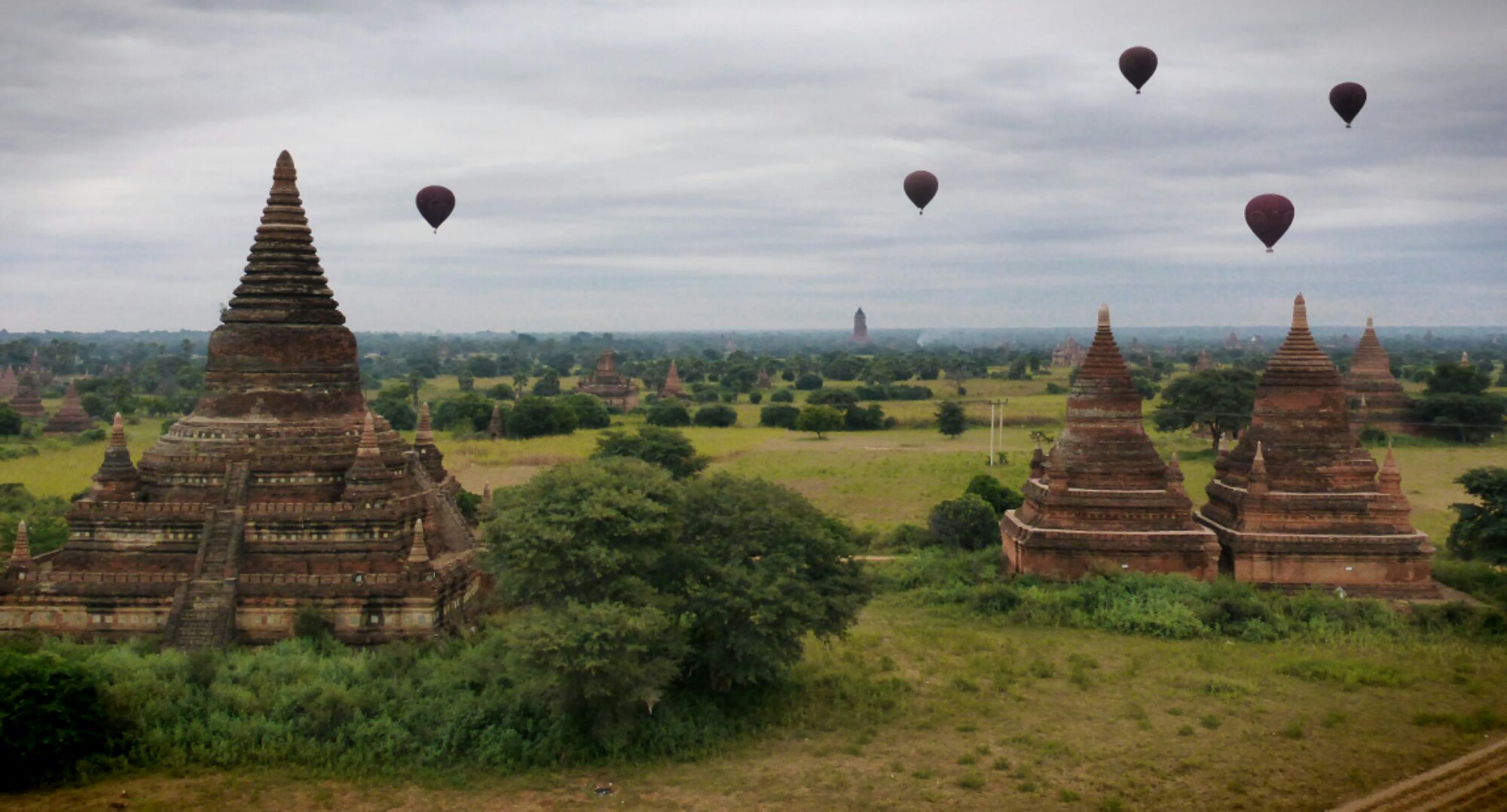 Some are majestic temples, some small piles of bricks. 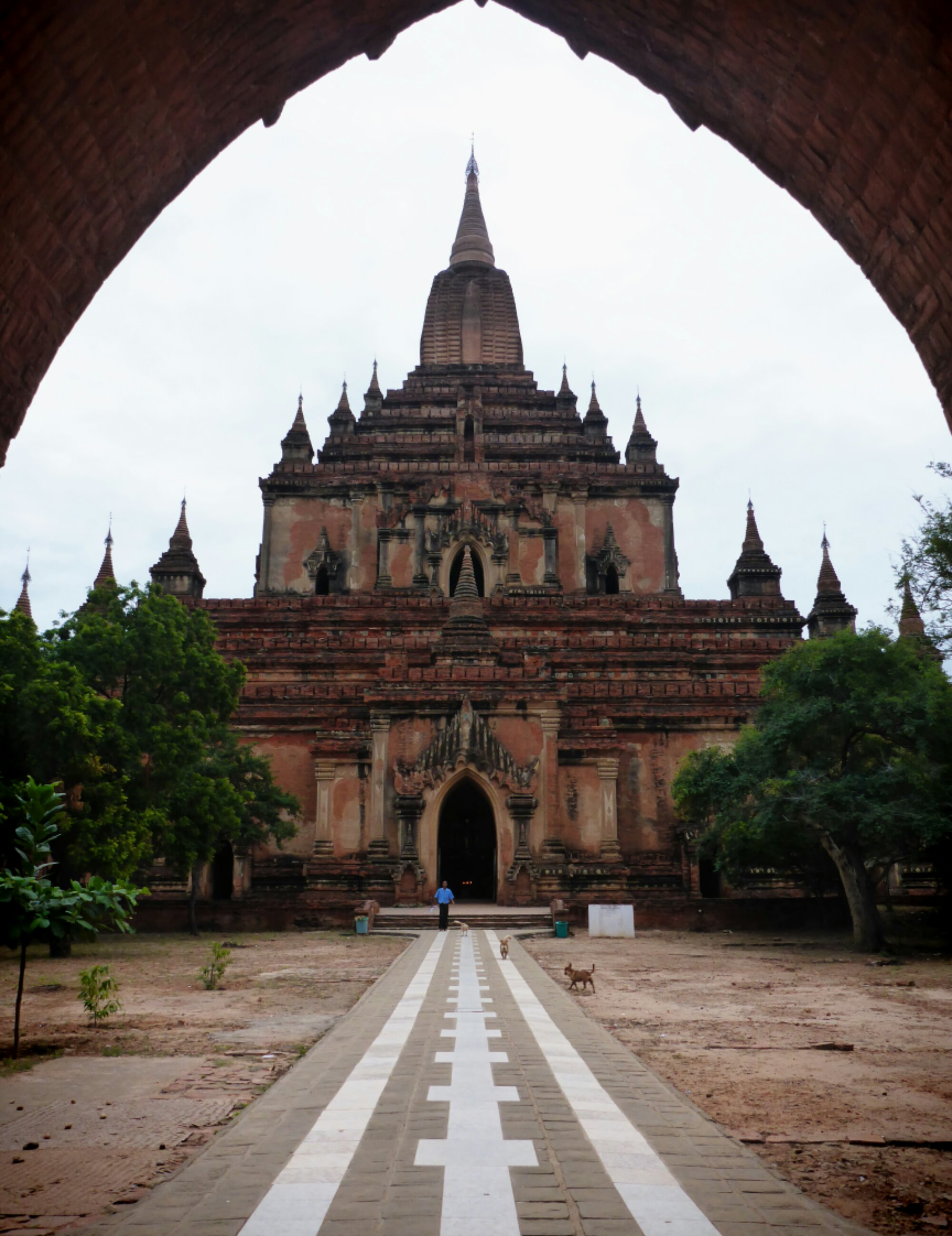 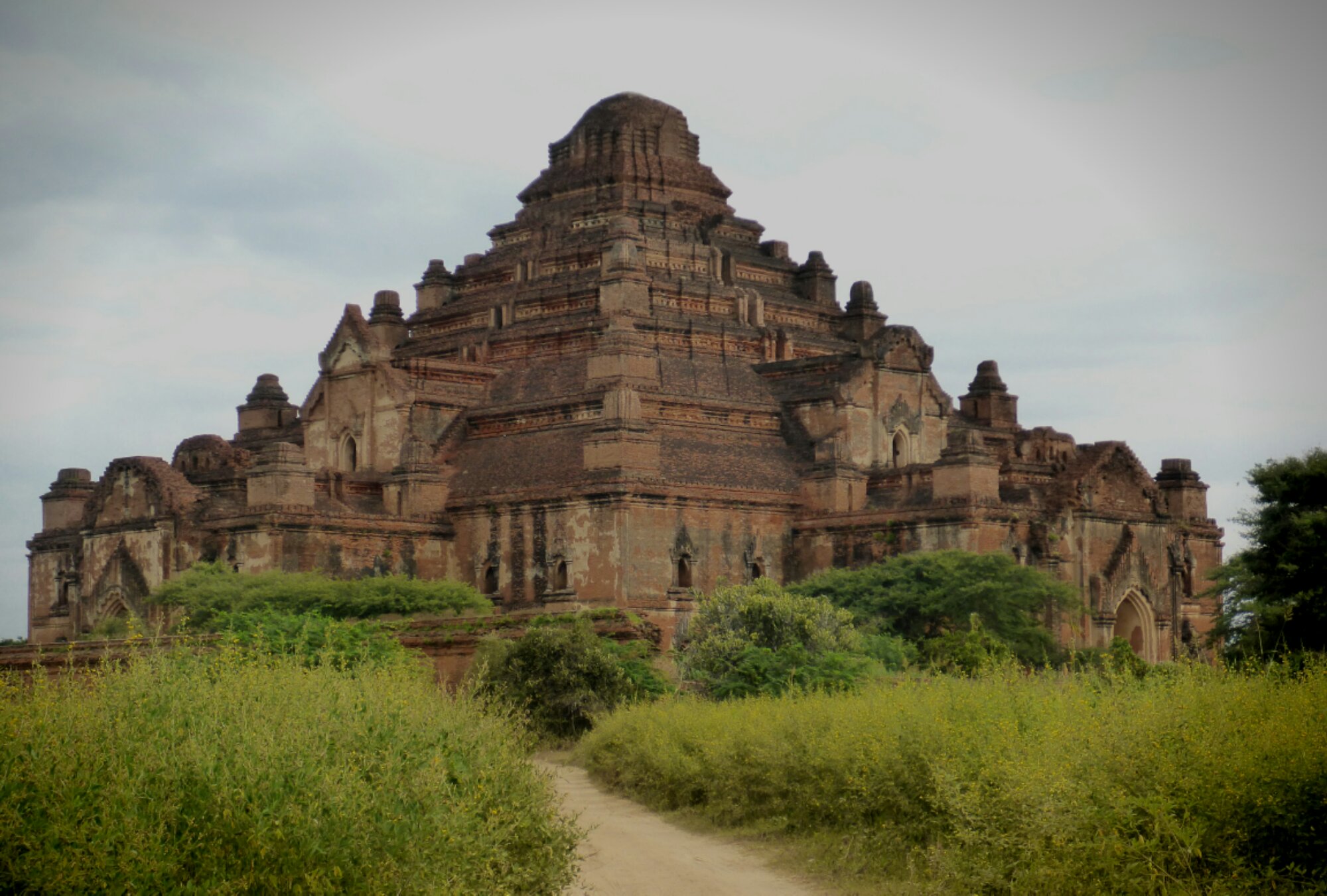 The larger ones have crumbling stone steps leading to higher levels. Inside are enormous hallways, century old murals and huge Buddha images. 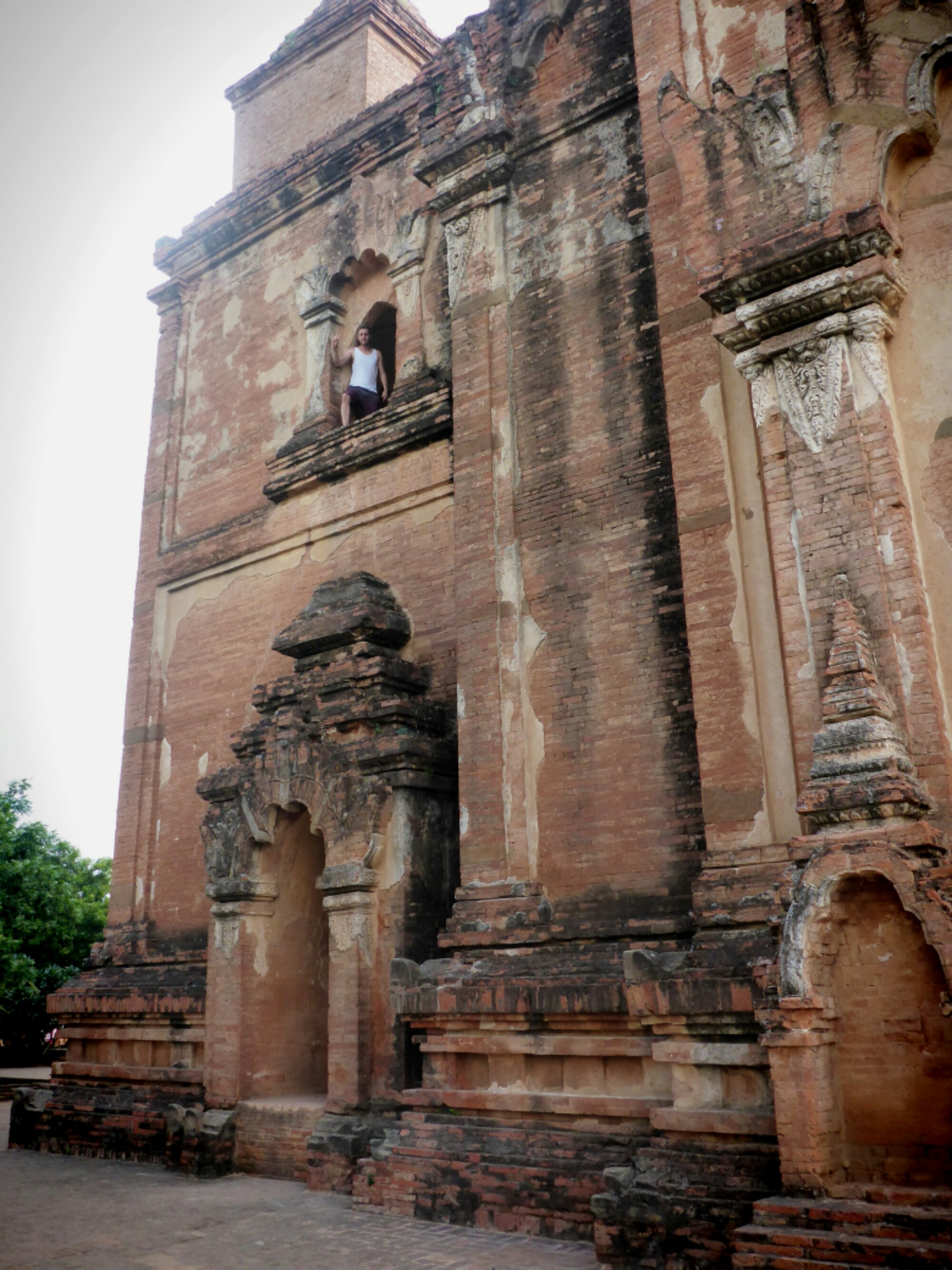 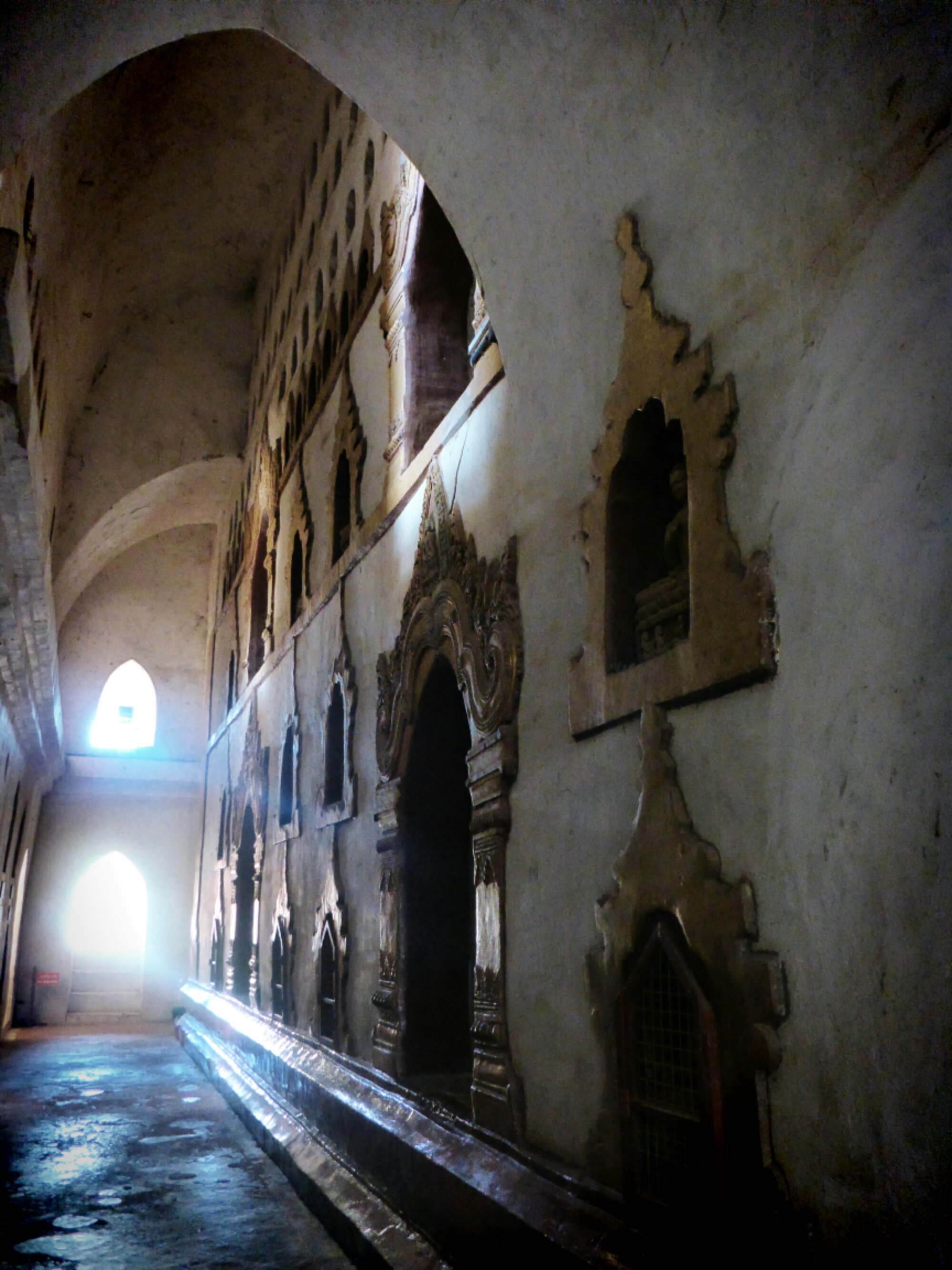 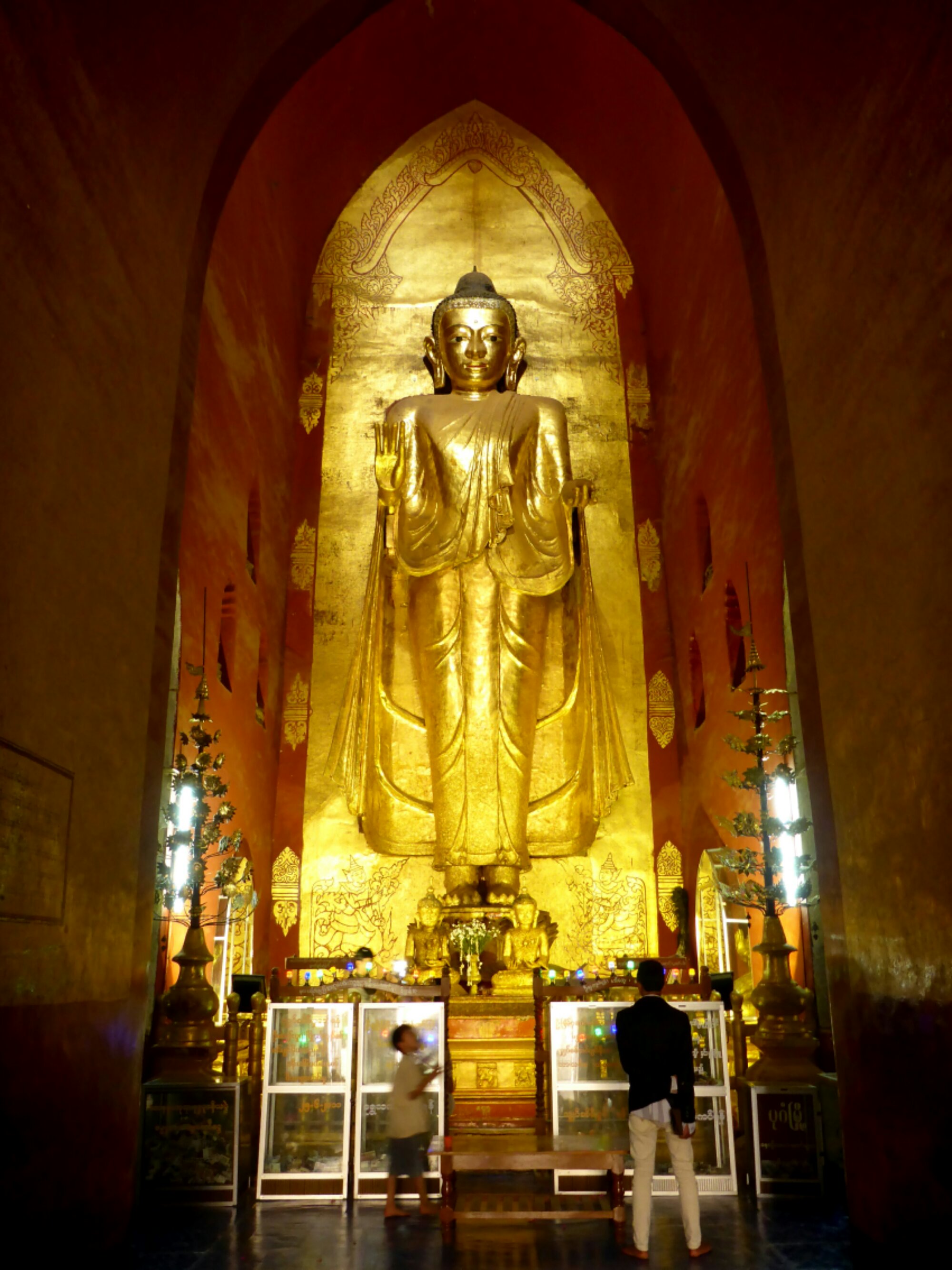 The best view comes at sunset, perched on top one of the many pagodas. 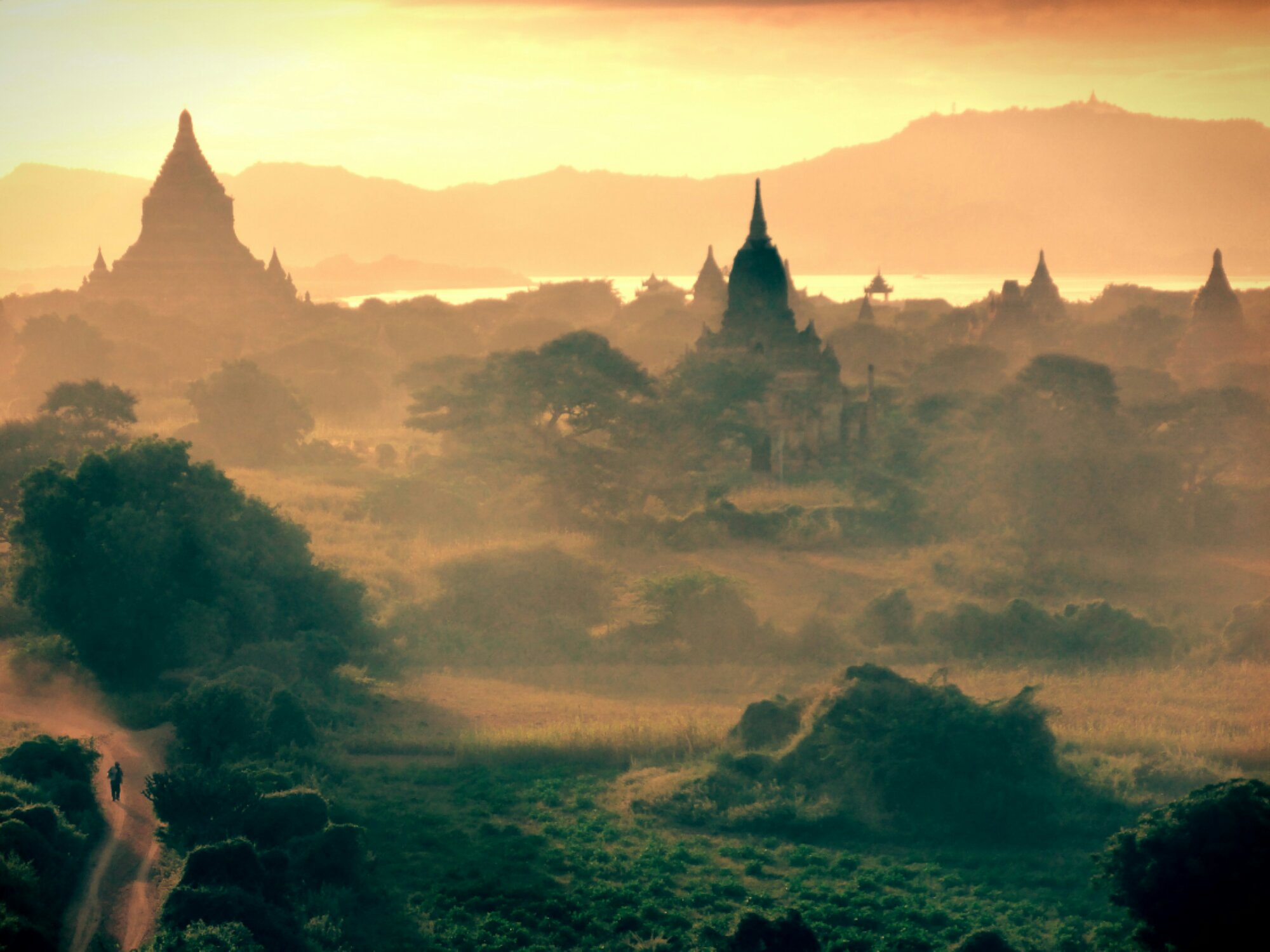 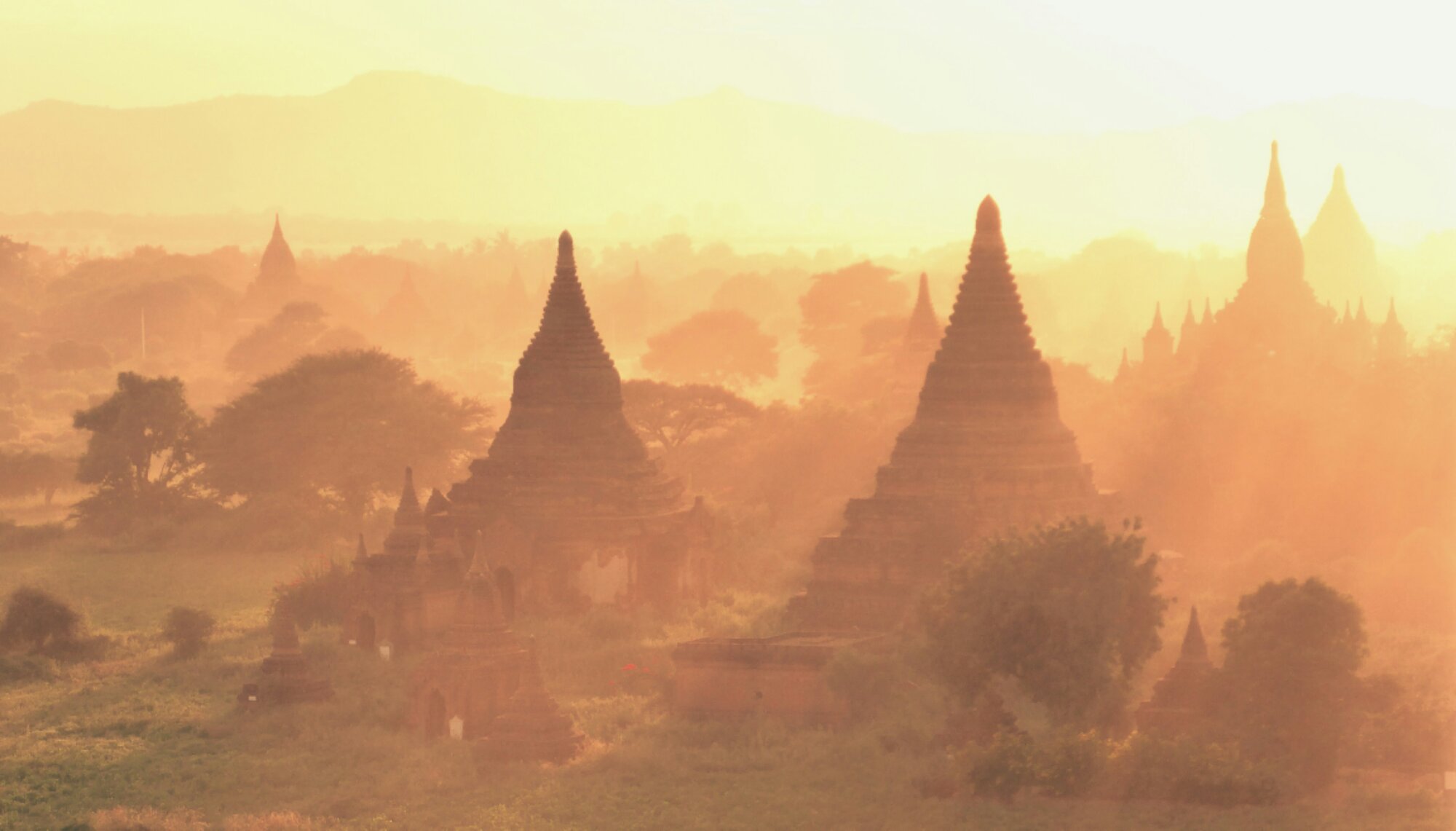