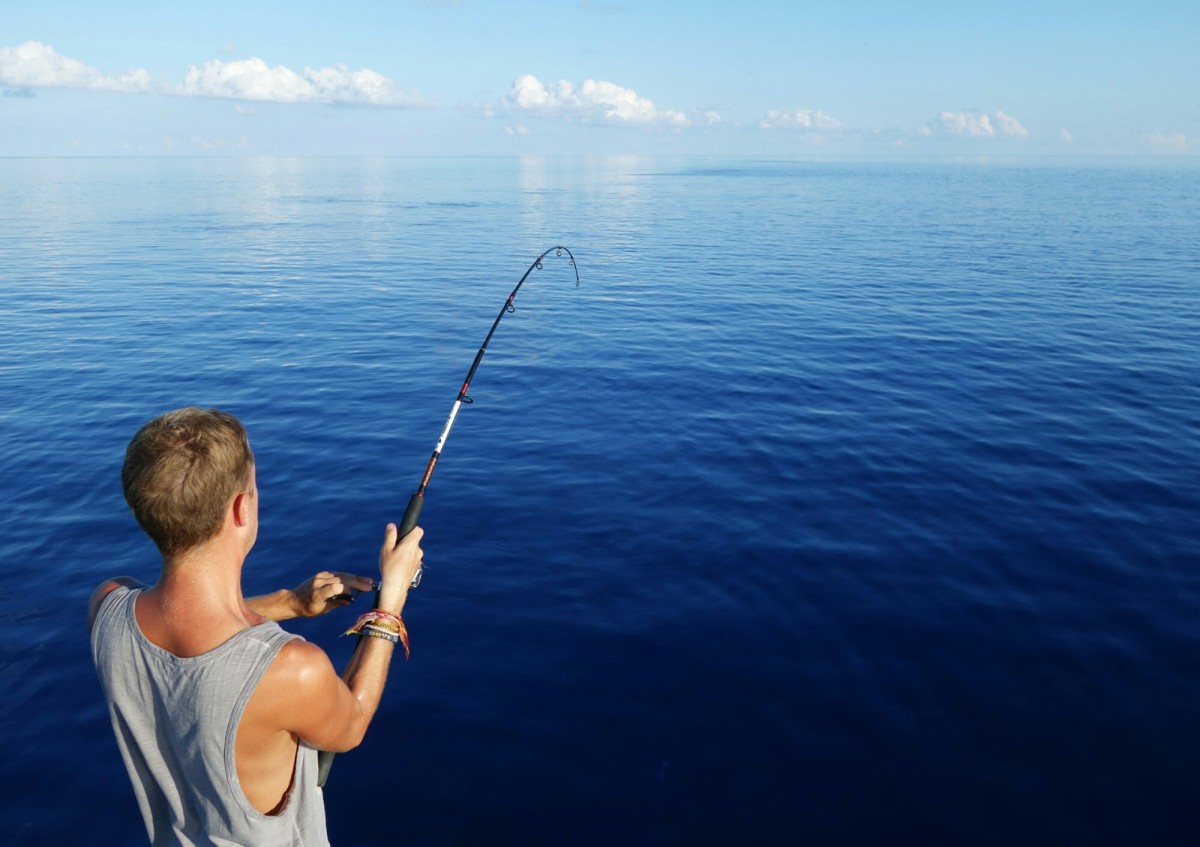 We’d heard rumours of a sunken island out to sea – once lived on but abandoned as it sunk below the water. Some told us it was an urban legend, others promised it existed. Few locals had seemed to have visited. Curiosity got the better of us – a local boat owner promised he knew where it and we hired him to take us there. We had an early start, the island was nearly three hours by boat from the island we were staying on. Out at sea we had no idea how we would locate it, and at times the conversation with his crew made us wonder if we were ever going to find it.

He called out and looking into the distance we saw the water colour change from a deep blue to rich greens and turquose. We smiled knowing there was a reef, and most likely sunken island ahead. It was only about 100m across, and the captain threw an anchor into the island to secure the boat. We didn’t know what lay beneath, pinnacles like this tend to hold large fish. After putting on our snorkel and fins, we jumped in to find out. Above the island in the shallows the reef was only a meter underwater and housed all manner of rainbow coloured fish and coral. Around the edges of the reef at the drop huge Wahoo, Giant Trevally and Neapolitan wrasse cruised by in the eerily clear water. See the images below to get an idea of the monsters we saw! 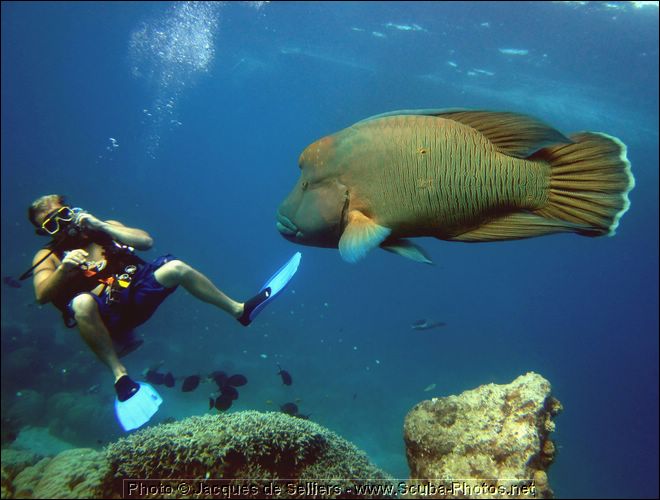 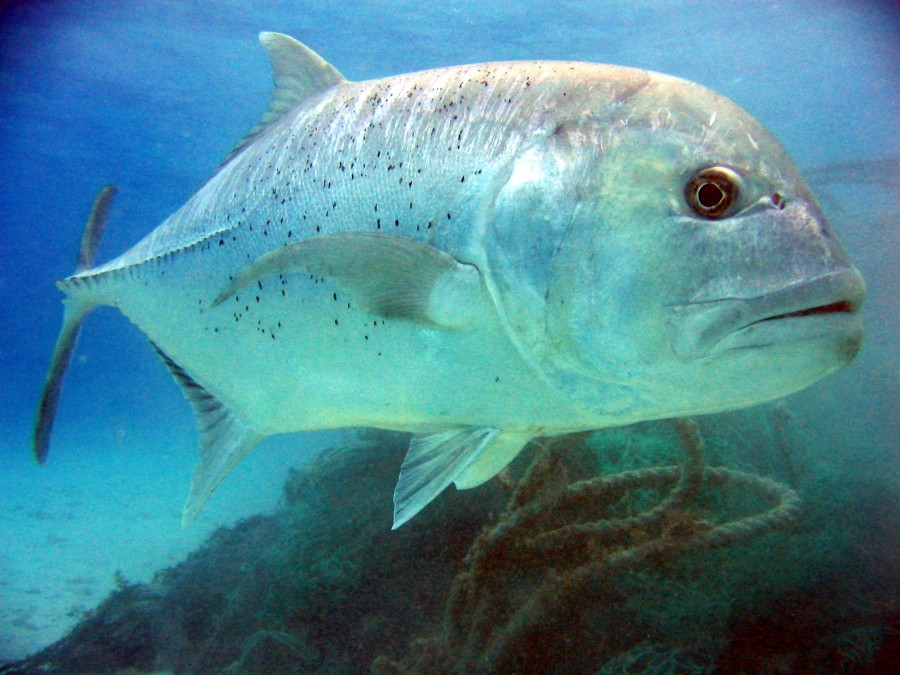 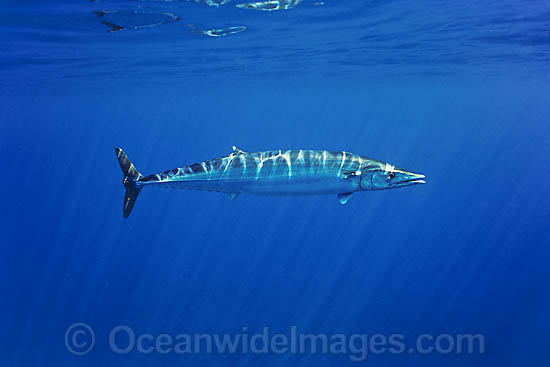 In the background you can see the sunken island from the sparkling turquoise water. 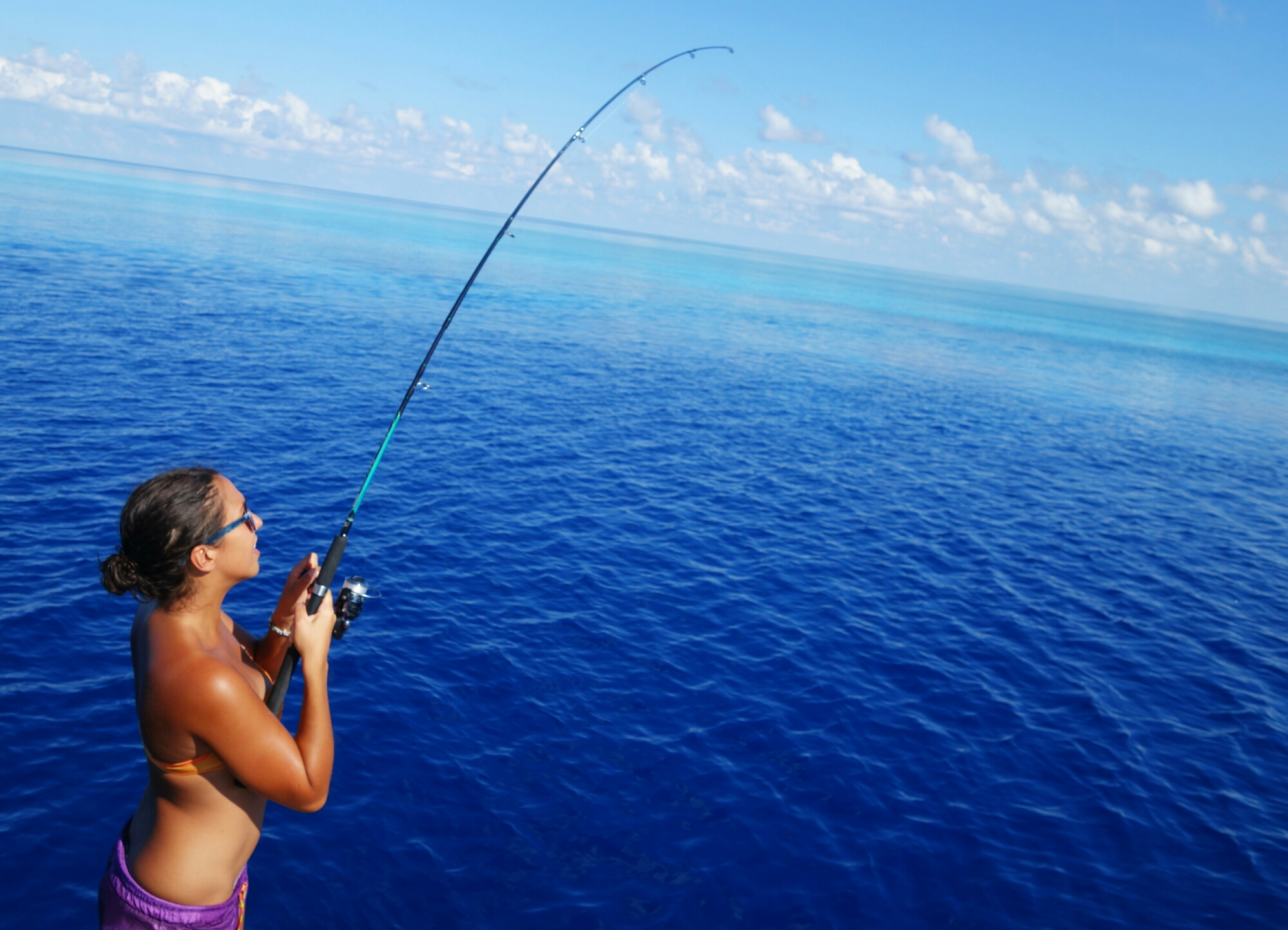 Barracuda put up a good fight and are great grilled! 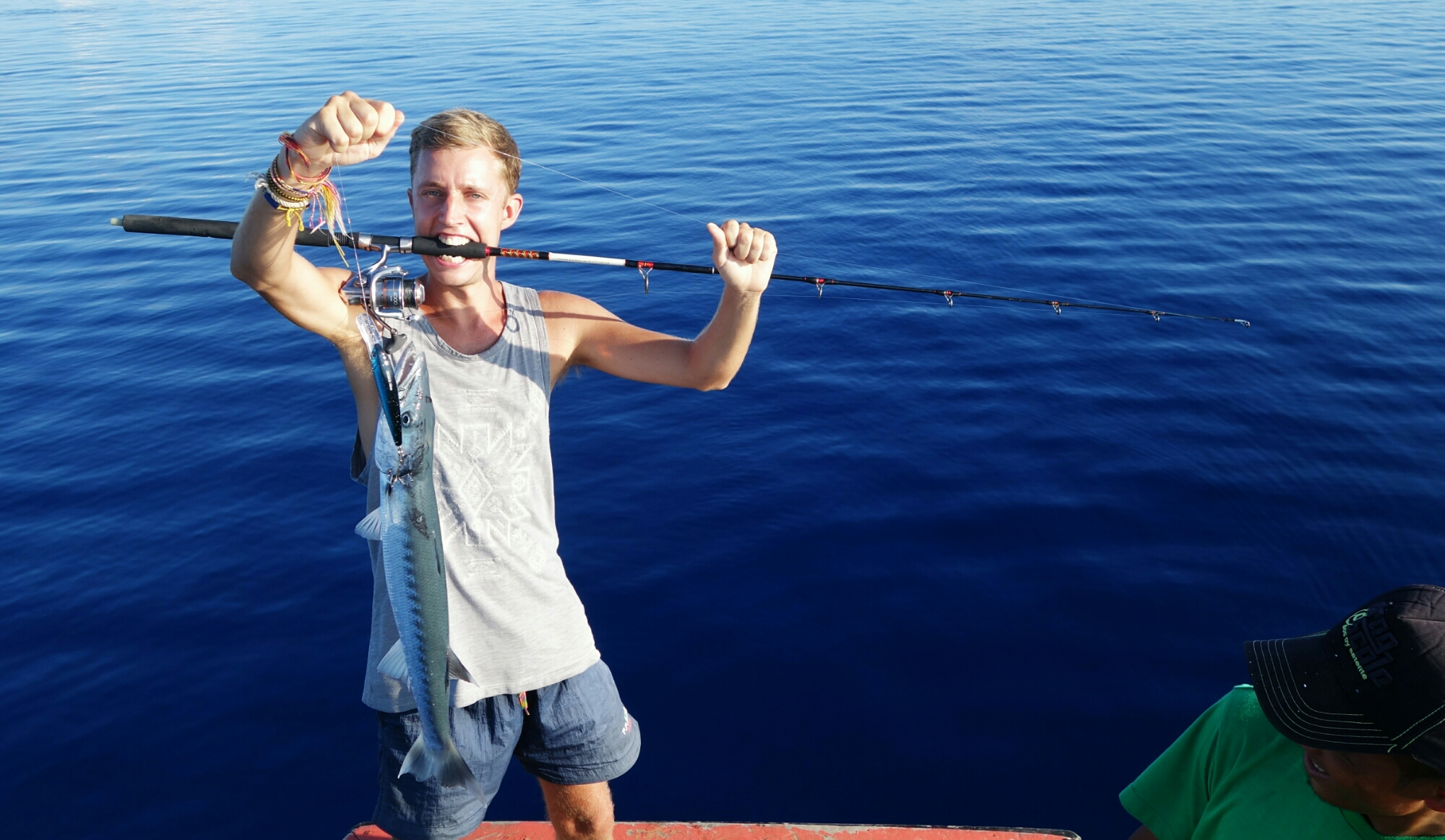 The silhouette of the volcano on the way home. 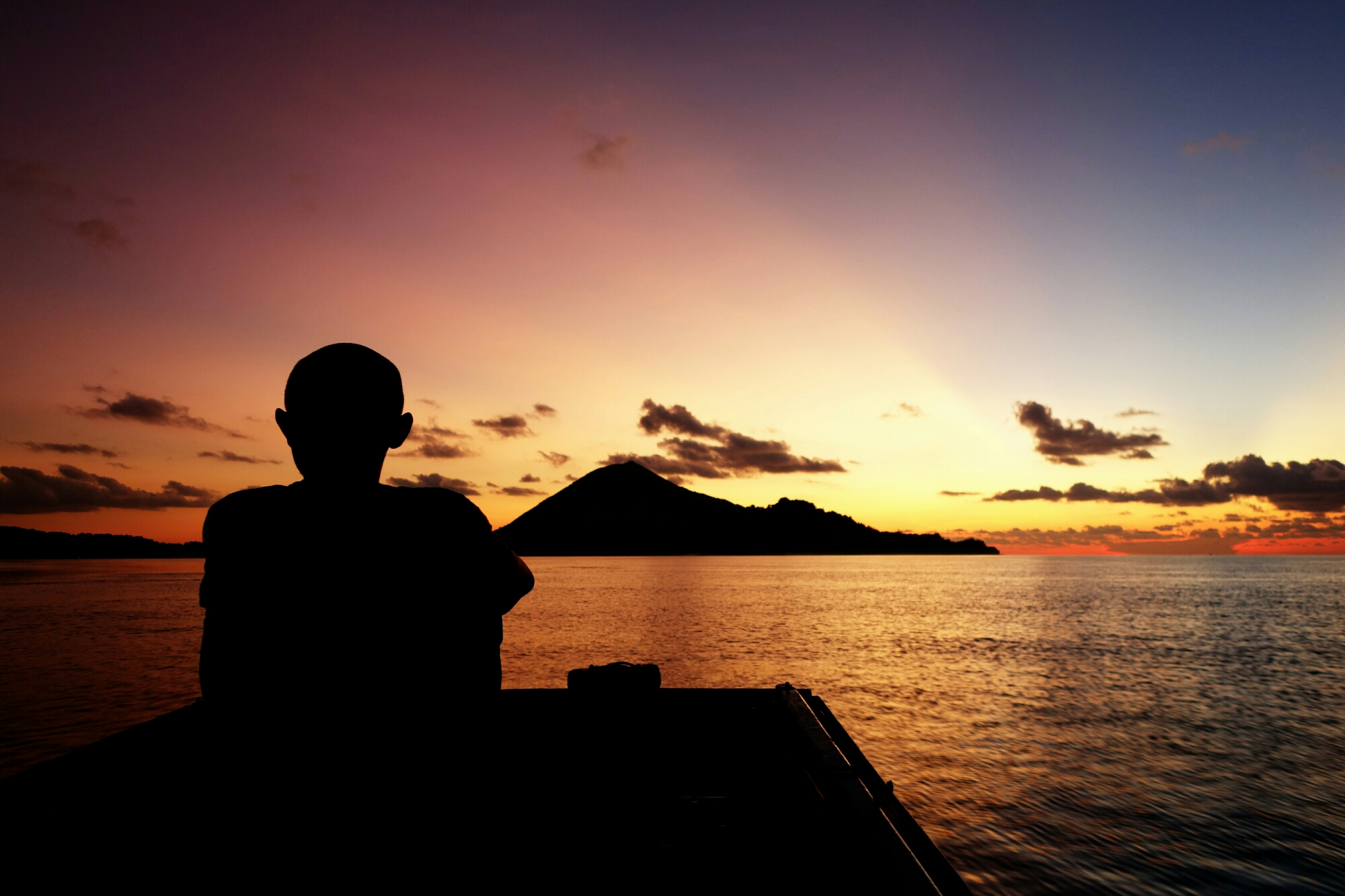 Plenty to go around! 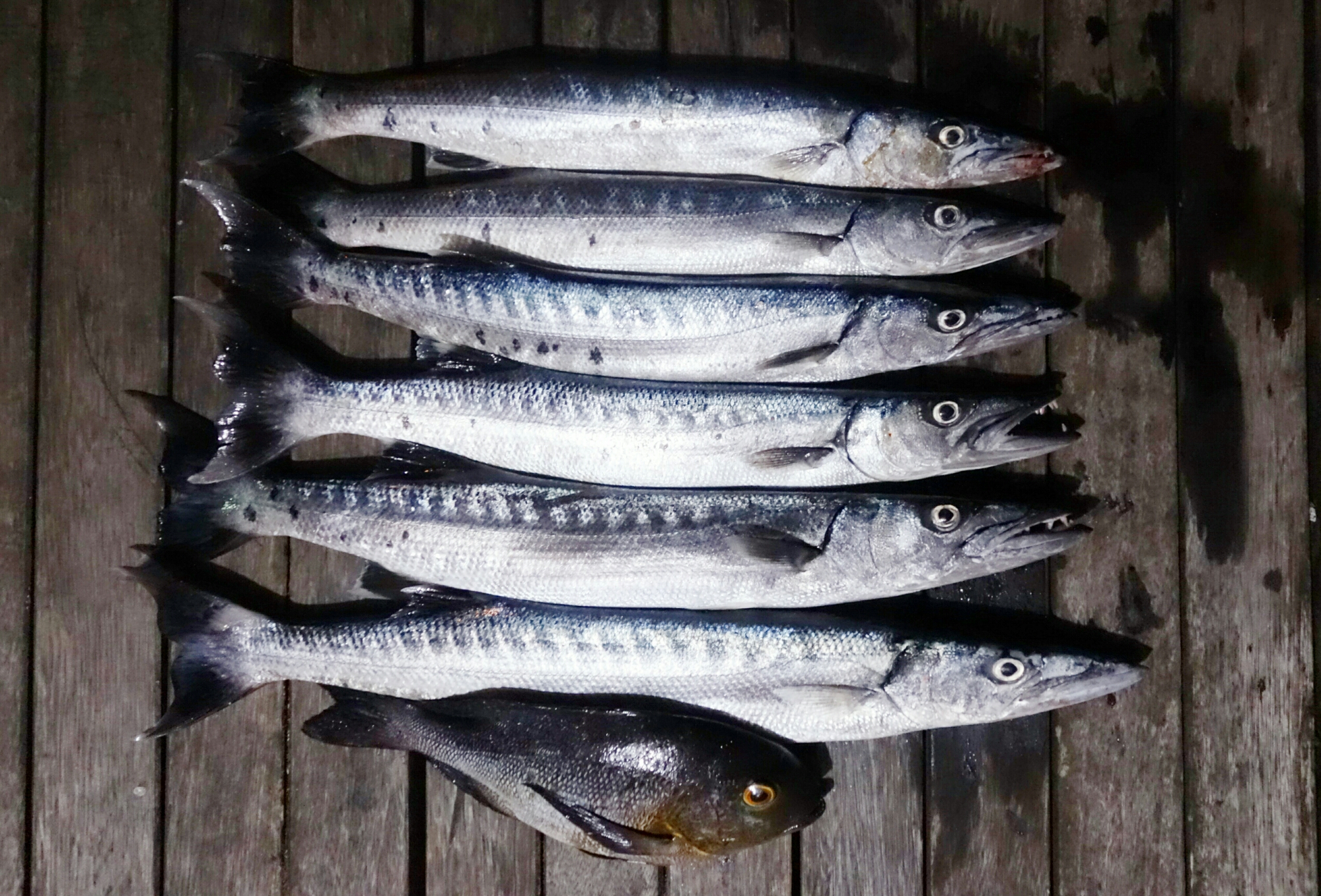 The owner of our guesthouse puts on a feast for everyone with the fish caught.